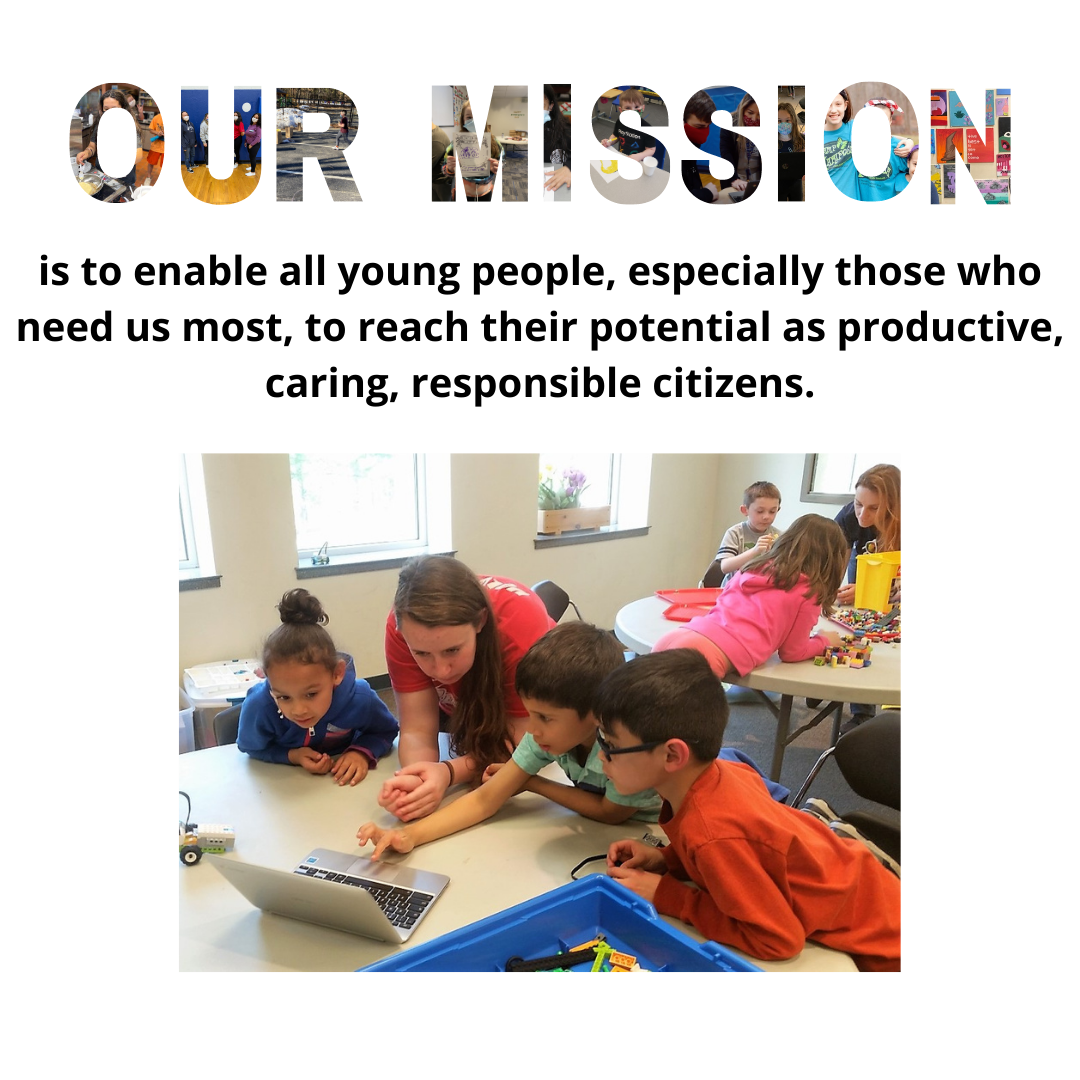 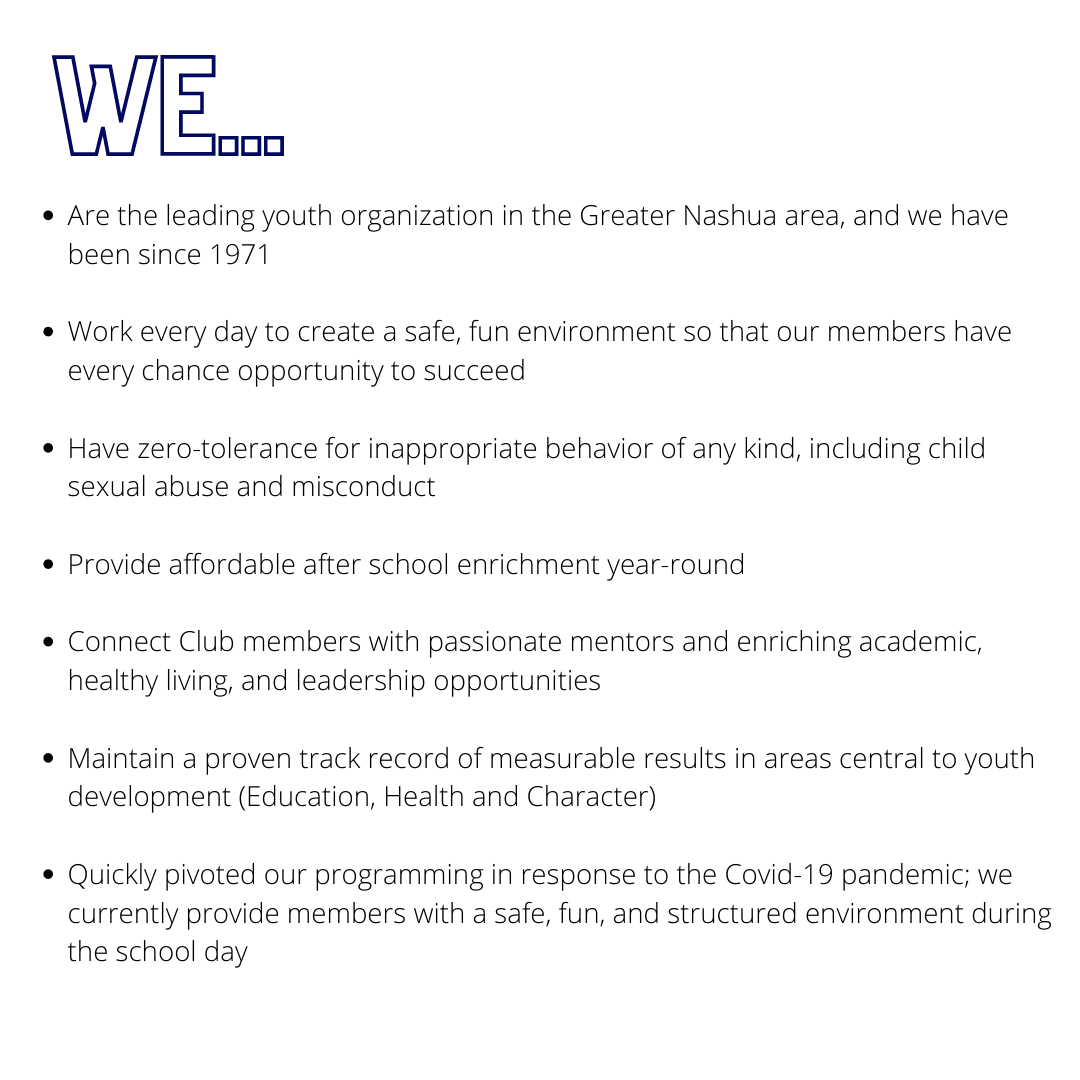 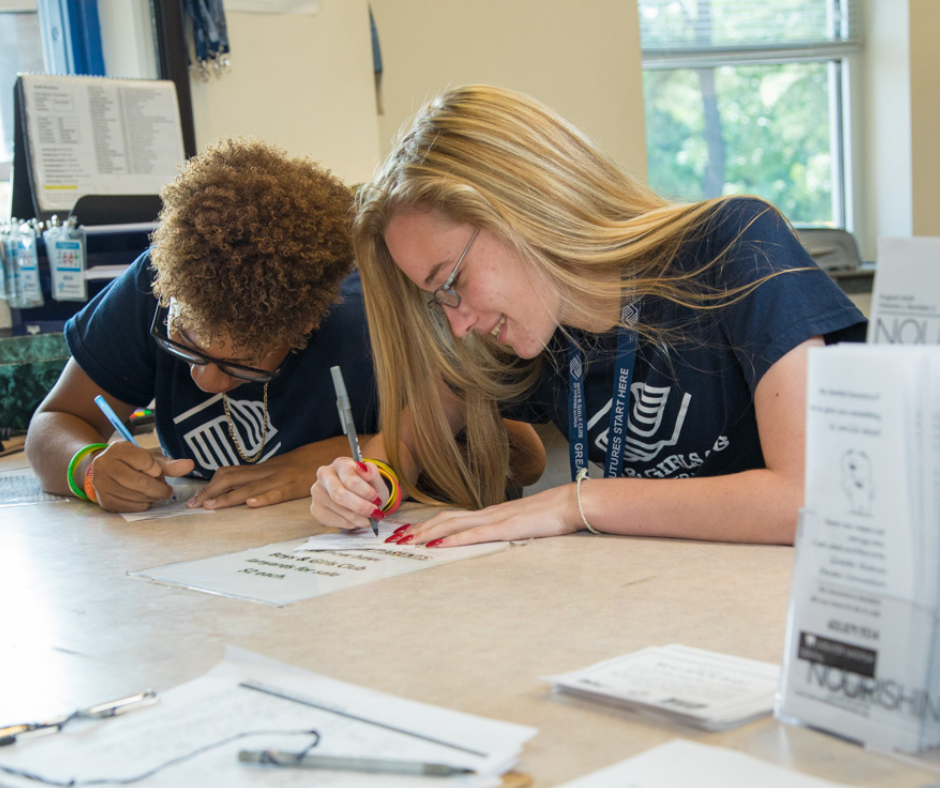 2019 Youth of the Year Trinity

“The Club has impacted my life in so many ways. My transformation from a shy, insecure child to an outgoing and confident teenager has been a long but life changing process. I am a very different person than I was when we moved to Nashua 9 years ago. I consider myself a leader among my peers. I would not have this self-esteem without my family, Club staff and programs.”